After his break with his mentor, Sigmund Freud, psychiatrist Carl Jung embarked on an extended self-exploration he called a “confrontation with the unconscious.” The heart of this episode was The Red Book, a large, illuminated volume he created between 1914 and 1930. It is an astonishing example of calligraphy and art on a par with The Book of Kells and the illuminated manuscripts of William Blake, containing 212 brilliantly colored illustrations. Here he developed his principle theories—of the archetypes, the collective unconscious, and the process of individuation—that transformed psychotherapy from a practice concerned with treatment of the sick into a means for higher development of the personality. 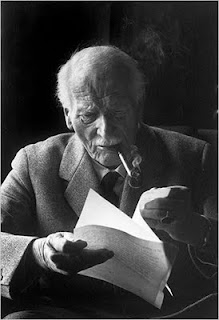 While Jung considered The Red Book to be his most important work, until recently only a handful of people had seen it. Long after his death his heirs denied scholars access to the book, fearing controversy because of its unusual content and what it might reveal about his psychological struggle at the time. Biographers disagree as to whether this period of Jung’s life represented a psychotic breakdown. Jung himself referred to the episode as an experiment and a voluntary confrontation with the unconscious.

The Red Book had been called the most influential unpublished work in the history of psychology. Then in 2001 the manuscript was at last released by Jung’s estate and prepared for publication by The Philemon Foundation to be published by W. W. Norton & Co. in 2001.

Jung originally titled the manuscript Liber Novus (literally meaning A New Book in Latin), but it was informally known and published as The Red Book. About the process of emerging out of his seclusion with the Red Book, Jung said:

“My entire life consisted in elaborating what had burst forth from the unconscious and flooded me like an enigmatic stream and threatened to break me. That was the stuff and material for more than only one life. Everything later was merely the outer classification, scientific elaboration, and the integration into life.”

The Red Book is part journal, part mythological novel and it takes the reader through Jung’s fantasies — hallucinations he self-induced to try and get to the core of his unconscious. For more information, read the New York Times article "The Holy Grail of the Unconscious."

Posted by Kaitlin Hanger at 6:12 PM

YOU ARE IN THE BLOG ZONE 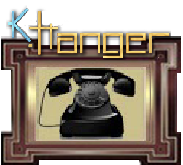 Symbologia explores all things serendipitous and is a websource created for researchers of symbolism and the admirers of C. G. Jung.

Bergman wrote his own screenplays, thinking about them for months or years before starting the actual process of writing, which he viewed as somewhat tedious. His earlier films are carefully structured, and are based on his plays or written in collaboration with other authors. As his career progressed, Bergman increasingly let his actors improvise their dialogue.

Bergman's films usually deal with existential questions of mortality, loneliness, and faith. While his themes could be cerebral, sexual desire found its way to the foreground of most of his movies, whether the setting was a medieval plague (The Seventh Seal), upper-class family life in early 20th century Uppsala (Fanny and Alexander) or contemporary alienation (The Silence).

His female characters were usually more in touch with their sexuality than their men were, and were not afraid to proclaim it, with the sometimes breathtaking overtness (e.g., Cries and Whispers) that defined the work of "the conjurer," as Bergman called himself in a 1960 Time magazine cover story.

In an interview with Playboy magazine in 1964, he said: "...the manifestation of sex is very important, and particularly to me, for above all, I don't want to make merely intellectual films. I want audiences to feel, to sense my films. This to me is much more important than their understanding them."

Love — twisted, thwarted, unexpressed, repulsed — was the leitmotif of many of his movies, beginning, perhaps, with Winter Light, where the pastor's barren faith is contrasted with his former mistress' struggle, tinged with spite as it is, to help him find spiritual justification through human love.

Bergman from Within the Woman's POV

"Bergman was the first to bring metaphysics — religion, death, existentialism — to the screen," Bertrand Tavernier, the French film director, once said. "But the best of Bergman is the way he speaks of women, of the relationship between men and women. He's like a miner digging in search of purity."

~ Mervyn Rothstein at the International Herald Tribune on Bergman's death in July 2007.

Is There Meaning in the Human Hand?